Online booking is handled by our partners Eviivo

Clicking ‘Continue’ below will direct you to a secure external site where you can book online.

Nearby towns and villages include Holy Island, Berwick, Alnwick, Bamburgh, Seahouses, Ford & Etal, and St Abbs. All of these can be reached within half an hour or less, most easily by car.

Lindisfarne is internationally famous both for its medieval religious heritage and also its more recent picturesque 16th century castle. These, together with most of the community, are located on the Southern part of the island – the main focus for tourists and holidaymakers. Many are also attracted by the peace and tranquillity which pervades the Island and the remote Northern conservation area, with more than its fair share of quiet beaches and unique natural history.

Lindisfarne has two names. When the Normans re-established ecclesiastical life on the island with a Priory and a Church, late in the 11th Century, they accorded it the official name of Insula Sacra, Holy Island, in honour of the Celtic saints who lived and worked there. Both names are interchangeable and taken together form ‘The Holy Island of Lindisfarne’.

Following the death of St Cuthbert, it became a place of pilgrimage and the magnificent Lindisfarne Gospels were created in his honour. 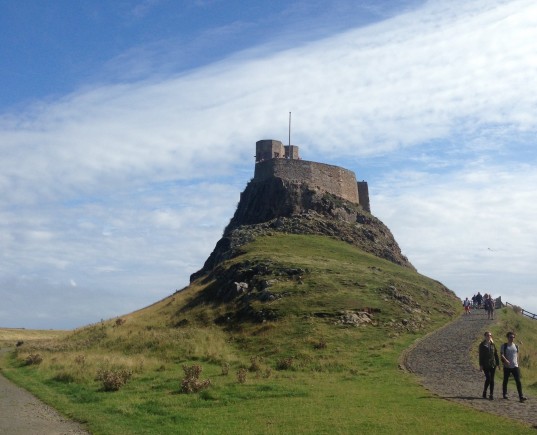 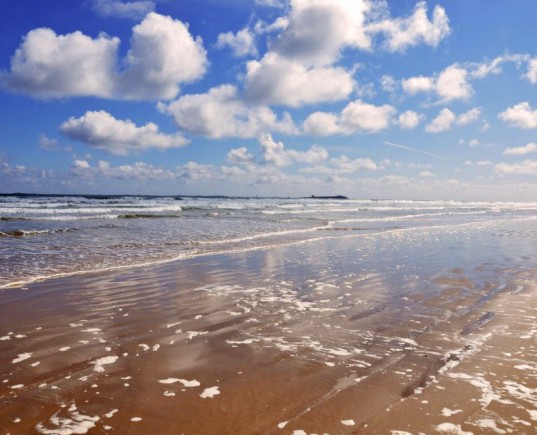 The Holy Island of Lindisfarne is one of the most popular destinations for visitors to our area. The causeway giving access to the island at low tide is clearly visible and easily walked to from the farm, forming the final stage of the St Cuthbert’s walk.

Berwick is the nearest town, 8 miles north of us. The most enjoyable part of Berwick is its Elizabethan walls (which were the largest building project in Elizabeth’s reign). You can walk around the walls and also along the River Tweed which features three historic bridges crossing into the town centre.

The historic market town of Alnwick is approximately 20 miles south of Fenham. Its main attractions include Alnwick Castle and The Alnwick Gardens. Within the old Victorian railway station in Alnwick is Barter Books, one of the largest secondhand bookshops in Britain, where you can browse the shelves and have a coffee in one of the old waiting rooms. There are plenty of cafes and eating places in Alnwick and various independent shops.

St. Abb’s itself is a small fishing village with a working harbor at its heart. St Abb's Head, is a dramatic coastal headland characterised by sheer cliffs and rock stacks, and famed for its seabird colonies. The cliffs provide spectacular vantage points for watching the nesting birds. A ten-minute walk down the coastal path from St. Abbs brings you to the beach, Coldingham Sands, complete with brightly coloured beach huts.

Ford & Etal are adjacent villages, each with their own castle. Etal Castle is an English Heritage site open to the public. There’s a peaceful riverside walk in Etal and Northumberland’s only thatch-roofed pub. Visit Heatherslaw Mill & Bakery where a traditional watermill is used to mill flour, and the flour is baked into a range of cakes and biscuits onsite. For families and children, Heatherslaw Light Railway runs steam-powered trains from Heatherslaw to Etal.

The iconic Bamburgh Castle dominates the village and beach at Bamburgh. The beach is one of the best in the area (if not the country), renowned for its wide sandy beach and dunes. The village has gift shops, a butcher (producer of, amongst other things, the Bamburgh Banger, and a good pie!), restaurants, pubs and a cricket pitch.

Fenham is approximately midway between Edinburgh and Newcastle, with about 60 miles each way. If you’re here for a bit longer and from further afield, then you might like to visit these cities. Both are easily accessible by rail from Berwick, or by road on the A1. Edinburgh, in particular, is a great day trip.